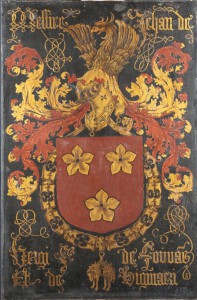 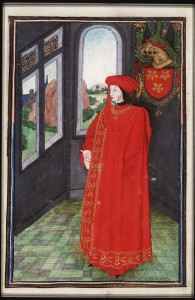 The SRAL treatment did unveil the so-called damascening (decorative line pattern) in the red field of the shield. An analysis of the photographs made of this Golden Fleece Coats of Arms in the twentieth century shows that this decoration had been repainted before 1909, as a result of which it was hidden from the viewers’ eyes for a long time.

Since damascening only had a decorative function to liven up a large field, it can be assumed that there were no heraldic or political reasons to repaint the original damascening.