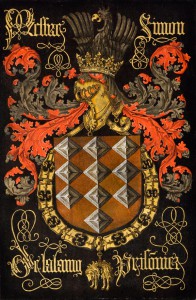 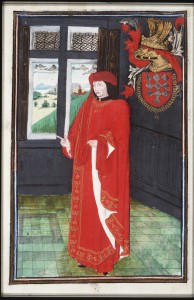 The shields of Simon of Lalaing and his nephew Jacob of Lalaing were mixed up. The visual, historic source material shows that a little lion is missing from the upper-left check; this lion can be found in Jacob of Lalaing’s arm, where it really does not belong.

Crest: a demi-eagle with elevated wings in silver, with a gold beak.