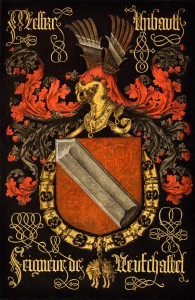 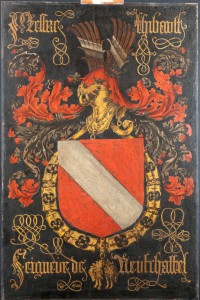 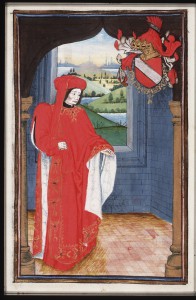 A silver crossbeam in red is the family armsof the House of Neufchâtel, which was carried by the Lord of Neufchâtel. Thibault VIII was the father of John II of Neufchâtel, Lord of Montaigu (N15). The SRAL treatment unveiled the so-called damascening (decorative line pattern) in the red field of the shield. An analysis of the photographs made of this Golden Fleece Coat of Arms in the twentieth century shows that this decoration had been repainted before 1909, as a result of which it was hidden from the viewers’ eyes for a long time. A damascening does not have any heraldic relevance, but purely has a decorative function. So, the basis for the repainting will not have been ideological in nature.