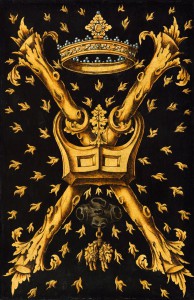 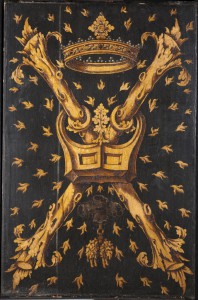 Saint Andrew was the patron of Burgundy and, as such, also of the Order of the Golden Fleece, together with Mary. Saint Andrew’s attribute, the saltire, is the emblem of the Order.