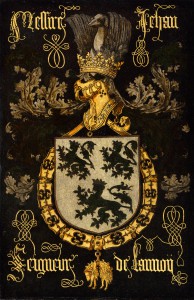 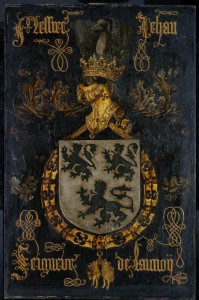 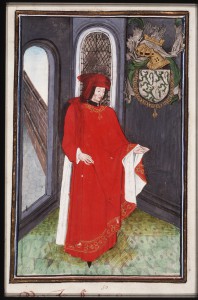 The natural degradation of the colour and corrosion of the silver background now make the lions in the shield look dark brown. Better preserved fifteenth and sixteenth-century source material shows that all these elements were originally a bright green.

Crest: armed, in flight of silver, a silver dog (greyhound?).