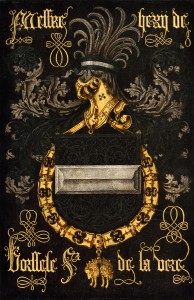 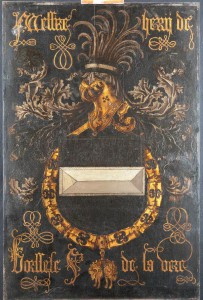 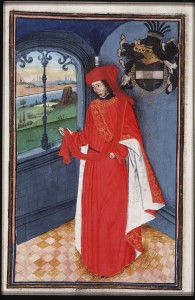 Crest: silver-grey feathers coming out of a headdress showing the Borssele arms(a silver crossbeam in black (sable)). A silver crossbeam in black is the Van Borssele family arm. This armswas used by the Lord of Veere, a descendant of the oldest branch of the Van Borssele family. The SRAL treatment unveiled the original damascening (decorative line pattern) against the black background of the shield. This detail has not been visible for 100 years. The crest is a so-called ‘talking coat of arms’: the plume (Dutch: veren) directly refers to the Lord of Veere. The fifteenth and sixteenth-century source material shows that the plume was represented both in silver and in black.